Domino’s Pizza is an American food chain which started in Ypsilanti Michigan, USA in the year 1960. The first branch in the Philippines was opened in the year 2011 and I had my first taste of Domino’s pizza when I started working in Makati several years ago. This is one of my favorite snacks in the office, I usually buy one slice at their kiosk in Robinson’s Summit. 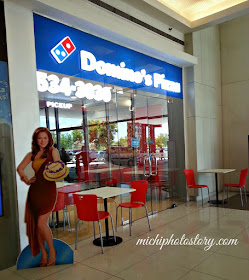 It’s been years since the last time I had a taste of their pizza so when we saw the that there is Domino’s Pizza at SM Sta Rosa, we did not hesitate to try it again. The restaurant is just small and there were only six tables. We ordered the Two Pizza Deal for P399 only (Medium). 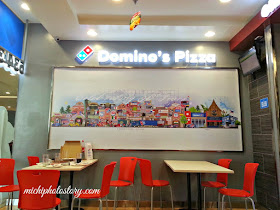 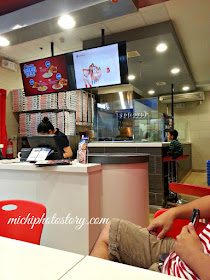 For the first pizza, you can choose any flavor you want but for the second pizza, you can choose from Cheese Mania, Pepperoni Feast, Hawaiian and Kalamata Tomato Pizza. We chose Extravaganzza Pizza (classic hand tossed) and Pepperoni Feast (thin crust). Between the two flavors, we prefer the Extravaganzza pizza but I would definitely try other flavors. 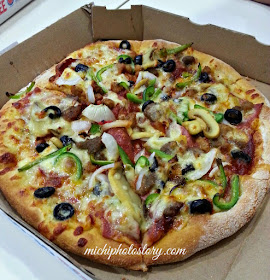 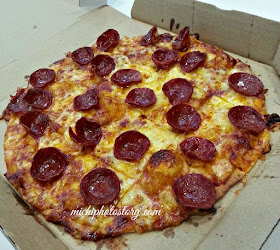 Shopping for the holiday is not easy because of the crowd, it seems that half of the population of the world is inside the mall. In addition, looking for a restaurant that has an available seat/table is very difficult, good thing that my family can eat pizza for lunch. 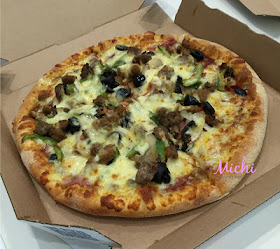 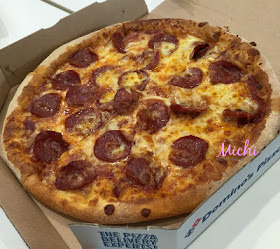 As usual, my son ordered Pepperoni Feast, I can’t remember the flavor that I ordered but checking my receipt, it is Extravaganzza. My son loves Domino’s Pizza because he can watch the staff while preparing the pizza. They also have a small screen where you can see the waiting time for your order. The Domino’s 2 Pizza Deal is only P399.

Last month, my husband and I went to SM Sta Rosa, we were checking the price of Surgical Tooth Extraction in different Dental Clinic pero mahal din pala so I guess P9000 - 12000 talaga ang normal price. Anyway, we had lunch at Goldilocks and we ordered pizza at Domino’s. It was Tuesday so they have Buy 1 Take 1 Deal pizza for P399 (Medium size) so we got Dominos’ Deluxe and Pepperoni (Thin Crust). 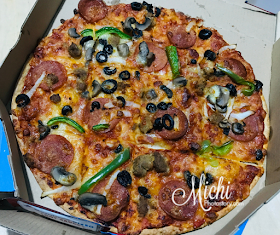 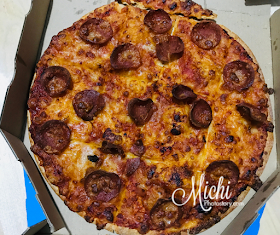 Merienda time came, I ate one slice of Domino’s Deluxe and my husband finished the rest. I was thinking that my son won’t finish the Pepperoni so makikishare na lang ko ulit pagkagaling niya sa school but I was wrong. We were shocked when my son finished one box of Pepperoni. Waah! 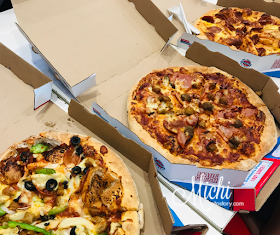 Then before March ends, I went to my doctor for a check-up and we went to SM Sta Rosa again for lunch. We ate at Domino’s Pizza again. We asked if they have Buy 1 Take 1 Pizza Promo and we were informed na Tuesday and Thursday lang daw yung promo. So we ordered the Ocho EatzzAmazing Deal, we got three medium pizzas and 1.5L Coke for P699. We chose Domino’s Deluxe, Meatzza, and Pepperoni. We chose thick crust pizza and this time my son was not able to finish one box of pepperoni, hahaha! Nabusog agad dahil thick crust. We took home our leftover.