On our fourth day in Bangkok, I was not in the mood to go out because our phone was locked. If you’ve read my Kidzania Post, my son changed the password and can’t remember it so we can’t access the phone where we put our Thailand Sim Card. Since it was our first time in BKK (son and I), I’m not that confident in commuting.

But I still pushed myself to go out at sayang naman ang araw kung tatambay lang kami ng hotel. I just check my itinerary and chose Jim Thompson House & Museum, siguro naman hindi kami maliligaw dito. We’re supposed to visit this after Sea Life Bangkok Ocean World, since it is just one train away from Siam Station but we’re tired already.

How to Get to Jim Thompson House & Museum

From our hotel, we rode BTS Skytrain, from Asok Station to Siam Station (4 stations) then we transferred to Silom Line to National Stadium Station (1 station). Take Exit 2 and go straight to Soi Kasemsan 2 and look for Jim Thompson’s House Museum. It is a long walk from the train station. 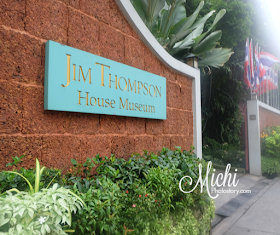 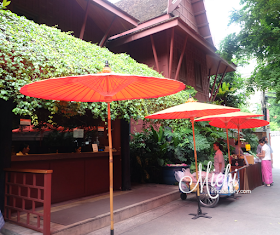 It was raining on our way to the museum but we’re thankful that the rain stopped when we reached the National Stadium Station. This museum is not free, you need to pay THB150 per person. Good thing that my 9 years old son is still FREE. The staff asked for my son’s age and our home country, then she gave me the flyer and receipt where the time of tour was written. 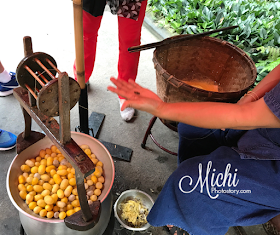 So we still have enough time to tour the place while waiting for our tour guide. I saw this woman getting silk from the silkworm cocoons. The cocoons are placed in boiling water and there is a spinning reel where fibers are extracted and fed. There is souvenir shop where they sell products made from silk. I did not buy anything because it is too expensive for my budget. 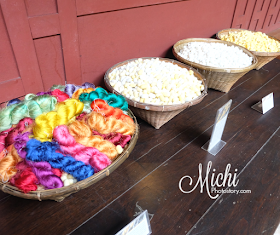 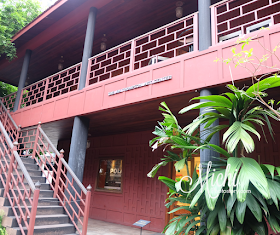 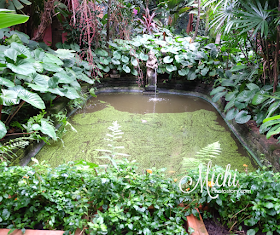 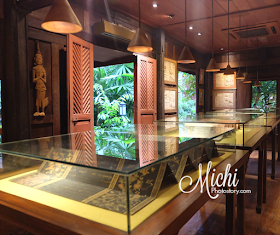 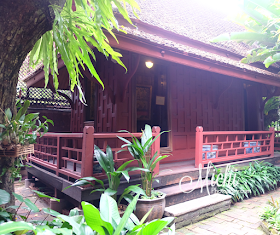 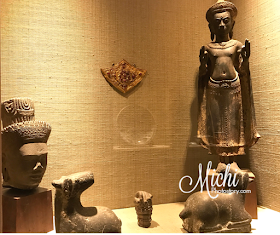 Jim Thompson House & Museum is a home of an American who was born in Delaware but fell in love with Thailand. He was sent to Bangkok for a short military service but he decided to return and live permanently. He is a gifted designer and textile colorist so he has a big contribution and part of the Thai’s silk growth. 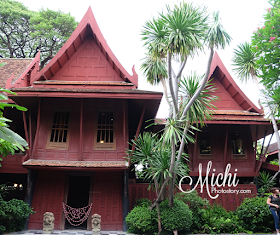 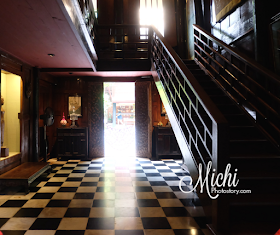 His house represented the best in traditional Thai architecture. He opened his home to the public and all proceeds donated to Thai charities and projects to preserve Thailand’s rich cultural heritage. This house and museum remain as his lasting reminder after he disappeared last March 26, 1967, in Cameron Highlands in Malaysia.

You will learn more about this house once you visited the place. The tour guide is knowledgeable enough to explain everything. You cannot take pictures inside the house but you are free to take pictures outside. There is a storage area where you need to keep your bag and put your shoes before entering the house.

It was a short visit but it is nice to know more about the Thailand History. There is a restaurant too but I decided to eat at MBK Center so we can have more options. They have a complimentary tuk-tuk ride to train station and we took advantage of that. Yey, for free TukTuk Ride. 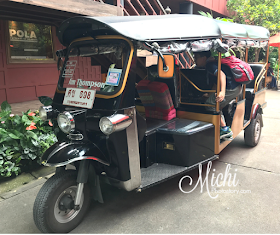