What is Tonic Water?

A lot of theories revolve around what tonic water is, what it does and whether it's harmful. No one seems to agree with the other which has granted people the freedom to make their conclusions on tonic water.

Therefore, What is Tonic Water? 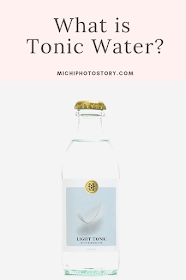 From the definition, tonic water is a carbonated soft drink. However, most people become stuck in the soft drink part of the explanation. Despite the confusion and back and forth, tonic water continues to be a digestive and appetite stimulant. Also, it is a prevalent mixer with spirits and gin.

Tonic water has a bitter flavor, and this is thanks to the amount of quinine dissolved in it. Now, quinine is primarily used as a medication to treat malaria, so how then does it fit into a soft drink? Initially, tonic water was created as carbonated medication to help ease constipation, increase appetite and even treat malaria and babesiosis. However, with time, the drink has evolved and edged its way into the soft drink shelf.

Why Quinine is an Ingredient in Tonic Water ?

Quinine is medication, as earlier established. However, the bitter flavor from the compound makes it a perfect element for tonic water. Despite quinine being in large quantities in the soft drink, the amount used is safe for consumption.

For use as malaria medication, concentrated amounts of quinine get administered in the form of pills; however, it is harmless when in tonic water.

Mixed with gin and spirits, the bitter flavor in tonic water blends well to give a tasty drink. However, despite the assurances about the amount of quinine used in tonic water, many people still have reservations and deem the drink harmful.

It is important to note that tonic water is not the same as soda water. Yes, they’re both carbonated soft drinks, but their ingredients, benefits, and uses differ. Soda water is a simple carbonated drink. That said, here are the benefits of tonic water.

I. Used for digestive purposes and as an appetite boost

Many people suffer constipation due to slow digestion. This all results from poor metabolism. Using tonic water helps boost your metabolism which results in faster absorption. It also inadvertently affects your appetite.

II. The health of your teeth

Why is Tonic Water Harmful?

In as much as the amount of quinine in tonic water is consumable, daily consumption is highly discouraged. According to the Food and Drug Administration (FDA), tonic water every day may lead to health complications.

Who Should Avoid Tonic Water?

Tonic water is a soft drink, but it is not for the faint of heart. It is meant literally, if you have an abnormal heart rhythm or any heart conditions, stay away from tonic water. Also on the stay way list is:

Side Effects of Tonic Water

Used in large amounts and regularly, tonic water may pose the following risks and side effects:

Tonic water is that controversial drink that some people will always be on the fence about and others will keep enjoying its benefits. If it helps, 99% of consumable products have side effects; the secret is to consume wisely. The same goes for tonic water, use the right amounts.
Michi
Share