Hometown Cha-Cha-Cha is an ongoing Korean drama series starring Kim Seon Ho and Shim Min-a. I have watched the majority of drama series of these two celebrities and they are very versatile actors, they are good at drama and comedy genre. Watching the trailer alone, you can already see their chemistry so I know that this series will be a good one. 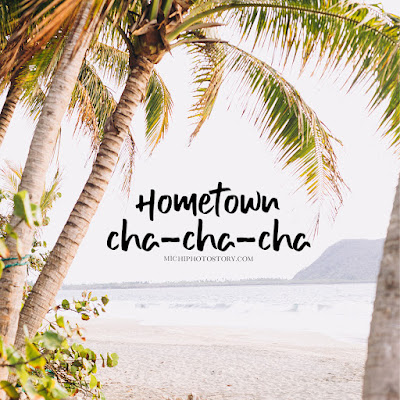 I can't wait so even it is a weekly episode, I started watching it kahit alam ko mabibitin ako. As per my research, this is a remake of “Mr. Handy, Mr. Hong, a 2004 South Korean film. The story is about a smart and pretty dentist "Yoon Hye Jin" who moves to Gongjin after she lost her job in the city. She met Hong Du-sik, a jack-of-all-trades who is very special in the neighborhood because he always helps his neighbors especially the elders.
Read: Korean Drama Series List
Korean Movie List
As of this writing, I already watched the 4 episodes and every week there are always quotable lines, so this post will be updated until I finished the series. 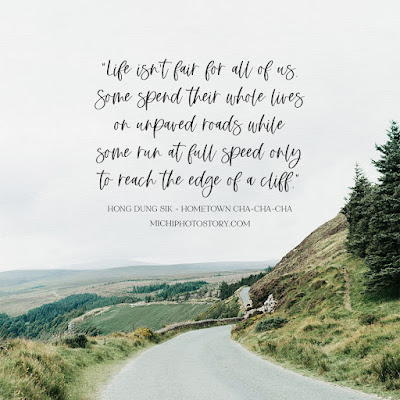 "Life isn't fair for all of us. Some spend their whole lives on unpaved roads while some run at full speed only to reach the edge of a cliff." - Hong Du Sik 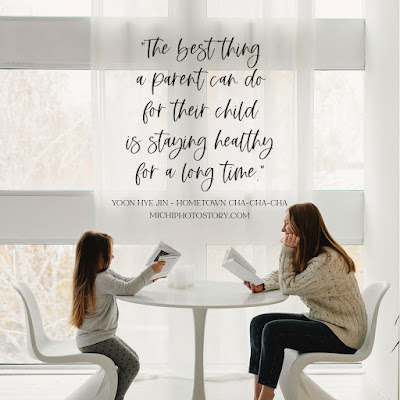 "The best thing a parent can do for their child is staying healthy for a long time." Yoon Hye Jin 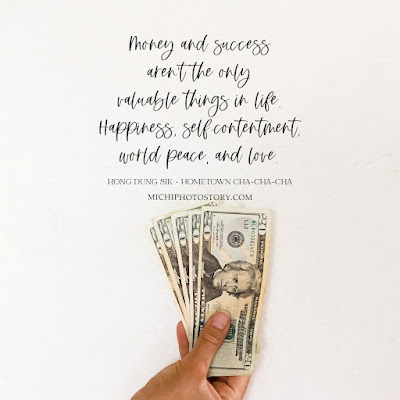 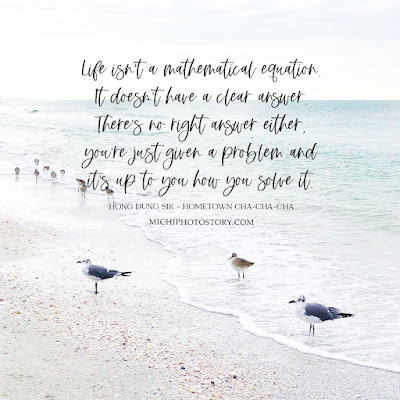 Life isn't a mathematical equation. It doesn't have a clear answer. There's no right answer either, you're just given a problem and it's up to you how you solve it. - Hong Du Sik 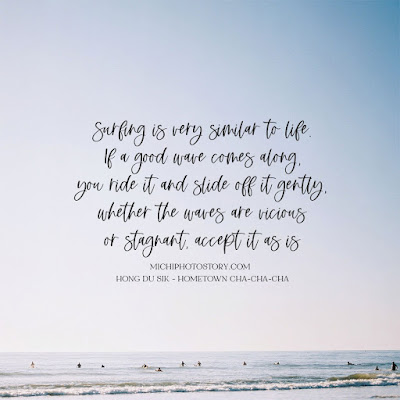 Surfing is very similar to life. If a good wave comes along, you ride it and slide off it gently, whether the waves are vicious or stagnant, accept it as is - Hong Du Sik 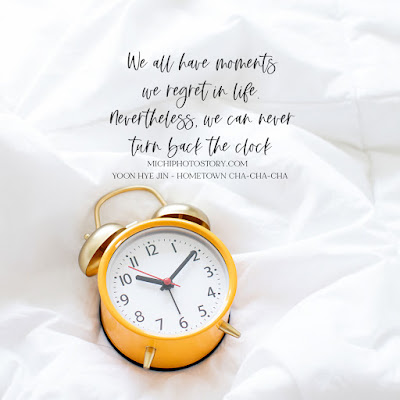 We all have moments we regret in life. Nevertheless, we can never turn back the clock - Yoon Hye Jin 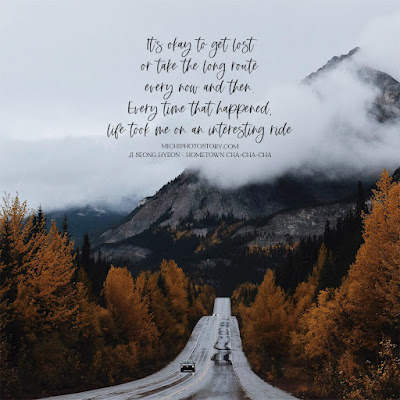 It's okay to get lost or take the long route every now and then. Every time that happened, life took me on an interesting ride. Ji Seong Hyeon 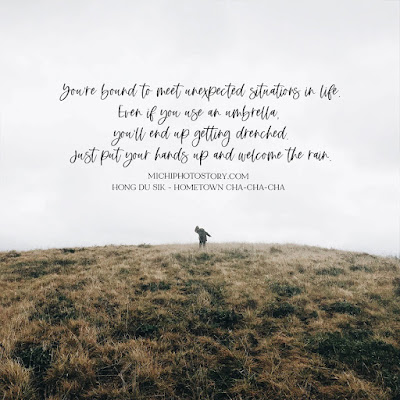 You're bound to meet unexpected situations in life. Even if you use an umbrella, you'll end up getting drenched. Just put your hands up and welcome the rain. - Hong Du Sik 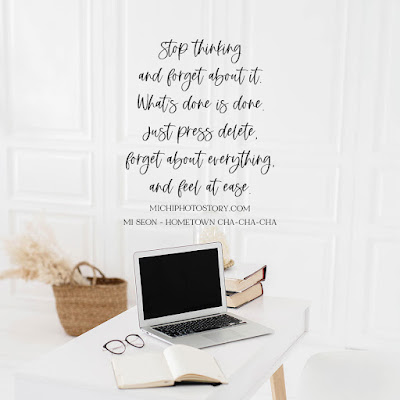 Stop thinking and forget about it. What's done is done. Just press delete, forget about everything, and feel at ease. - Mi Seon 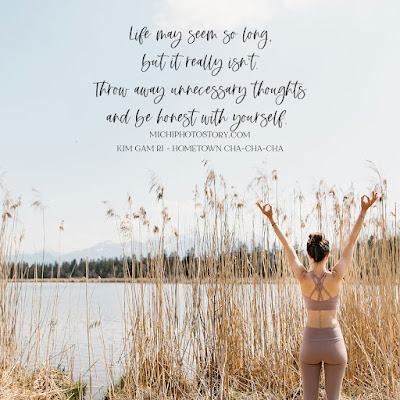 Life may seem so long, but it really isn't. Throw away unnecessary thoughts and be honest with yourself. - Kim Gam Ri 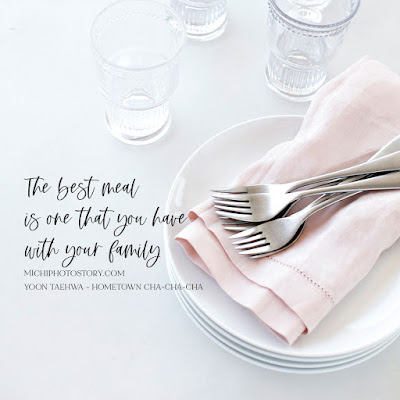 The best meal is one that you have with your family. Yoon Taehwa
Find someone to lean on for once. You spend your life dealing with people's baggage. When do you ever get to lessen yours? - Hong Du Sik
What may be easy for one person can be something difficult for another. - Yeo Hwa Jeong 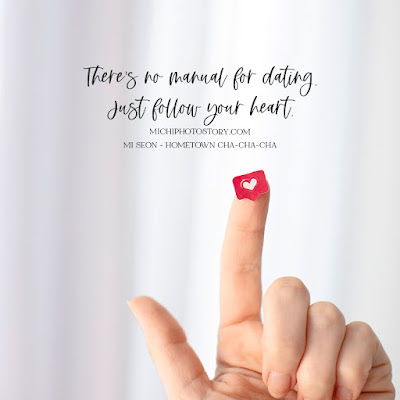 There's no manual for dating. Just follow your heart. - Mi Seon
Procreating without planning will condemn you to poverty - Mi Seon
Look around yourself closely, and you'll realize that you're surrounded by many precious things. Kim Gam Ri
People should live among other people. Life may seem like a burden to you at times, but if you choose to be among others, someone will carry you on their back. Kim Gam Ri
Just like that, I finished watching Hometown Cha Cha Cha after two months of waiting every weekend for new episodes. And even it is only October, I can definitely say that this is my favorite Korean drama for this year. I like Hometown Cha Cha Cha because it is like "It's Okay Not to Be Okay" that deals with our mental health.
The setting is the countryside so it is such a breath of fresh air especially that we can't travel yet. I like how relaxing the scenery; both landscape and seascape. I love the chemistry of Kim Seon Ho and Shim Min A and I also like all the casts of this series. Each character has their own struggles too and you can learn from their own story. That's why I love the last two episodes because may ending ang bawat character dito.
Losing someone you love is very painful and moving on is not easy too. The challenging part is when there is no one that you can lean on because you lost your family and friend. But Hometown Cha Cha Cha will teach you that you don't have to feel alone because you are surrounded by people who are willing to care and love you.
It will also teach you that there is no problem with grieving but you don't have to stay in that phase. You have to learn to forgive yourself because you deserve to be happy. Your life is precious too and you should not waste it because of what happened in the past.
Michi
Share