Glimpse of Northern Lights in Norway

Aurora is also known as Aurora Polaris, Aurora Borealis, Polar Lights, or Northern Lights. The word “Aurora” means the goddess of the dawn and “Borealis” means the god of the northern wind. Aurora Borealis appears when highly charged solar wind particles interact with Earth’s magnetosphere.
Northern Lights is a natural light display in the sky that usually appears between 60 and 75 degrees of latitude (Arctic Circle) where the northern parts of Alaska, Canada, Finland, Iceland, Norway, Russia, and the southern part of Greenland are covered.
It’s been my long-time dream to see Aurora Borealis or Northern Lights, that is why I wanted to visit Iceland, Finland, and Norway. I’ve been to Iceland and Norway but my visits are not an ideal season for Northern Lights. The best time to see the Aurora Borealis is between September to March between 10PM to 2AM when the sky is dark and clear.
Over two weeks ago, we arrived in Norway to visit and celebrate my mom’s 60th birthday. Since it is not yet vacation time, my son needs to attend his online classes so we need to wake up around midnight. My mom told me that I might see Northern Lights since gising kami sa madaling araw and advised me to download the Aurora app.
I downloaded the app without expecting anything because I know that Aurora Borealis is not an everyday event. Also, my mom lives in the central part of Norway so in my mind, there is less chance for me to see it because the best location for the Northern Lights in Norway is Tromso, Lofoten, and Kirkenes. But there is nothing wrong with checking the Aurora Forecast, so while my son was attending his classes, I’ve been checking the Aurora app.
At 11:30PM, I received a notification “There is a 45% chance of you seeing the Aurora at around 11:57PM in your current location. You can find out more from the forecast tab.” Since then, I’ve been checking the window while I’m chatting with my husband. At 12midnight, parang wala naman. Ito lang nakita ko parang green sky so feeling ko, wala yata ko makikita kasi ang taas ng cloud coverage. 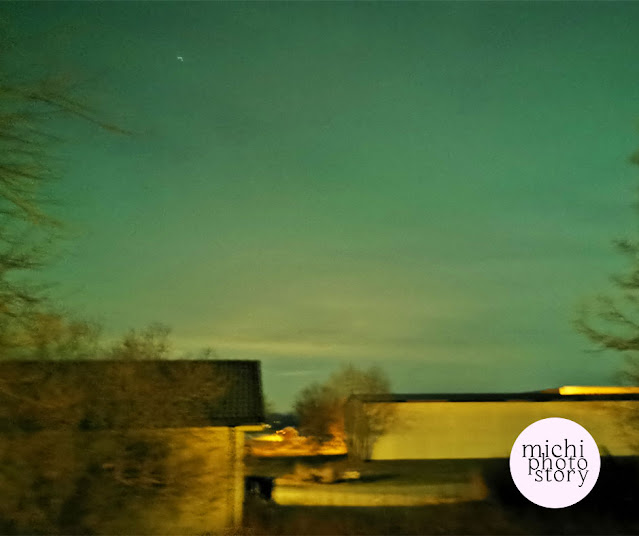 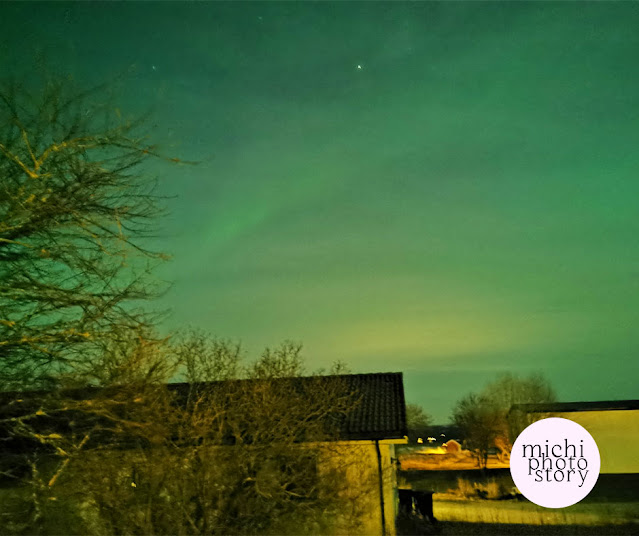 After several minutes, the viewing probability is 71% so I just grab my jacket and went out again. I was so happy because I can already see a ray of green light so I just took photos and shared them with my husband. 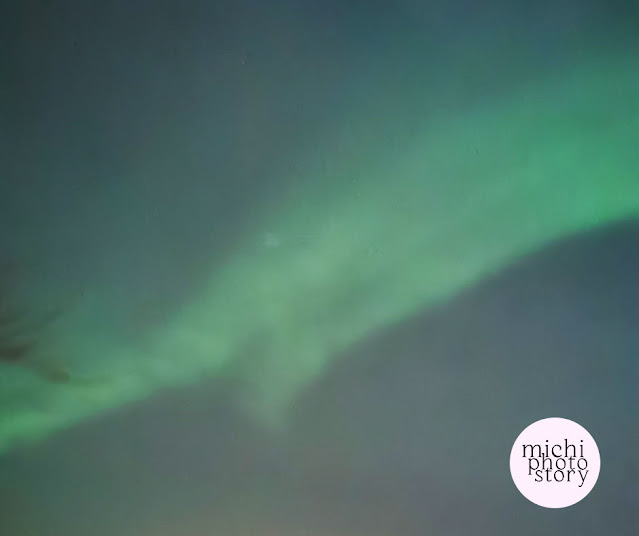 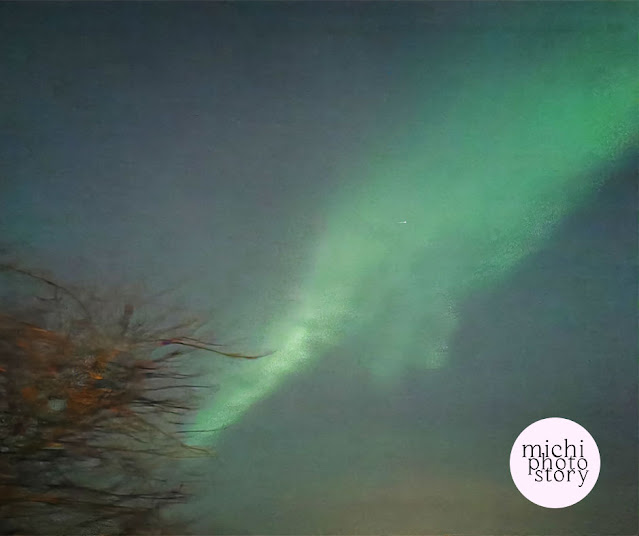 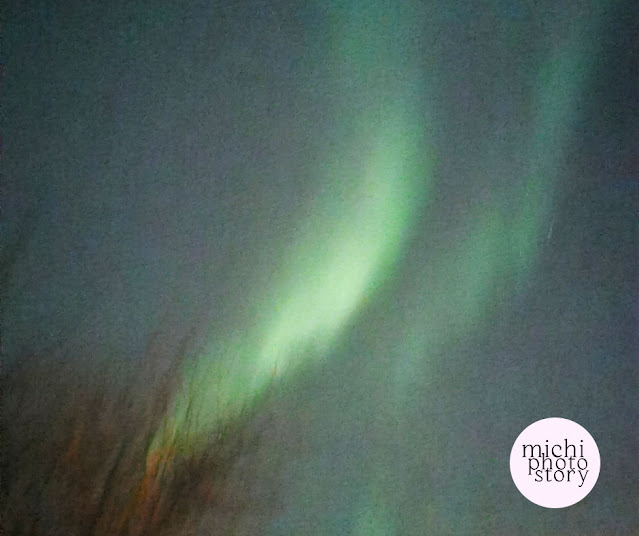 Nevertheless, I’m so delighted about this unforgettable experience. Honestly, I have no idea that I can achieve this dream because Aurora Borealis Tour is so expensive. But like the quote said, “Be patient. The best things happen unexpectedly.” I’m happy because finally, I had a glimpse of the Aurora Borealis and I can now cross it out on my bucket list.
It’s so surreal that I’ve seen the Northern Lights without traveling to Arctic Circle or Aurora viewing territory. I’ve experienced the Northern Lights even I’m just wearing pajamas. Sometimes it is really worth waking up early. This happened on my second day in Norway, after my stressful trip from Manila ito naman ang kapalit. Thank you, Lord, for the memorable experience.
Read: Traveling to Norway in Times of COVID19
“I find that the more willing I am to be grateful for the small things in life, the bigger stuff just seems to show up from unexpected sources, and I am constantly looking forward to each day with all the surprises that keep coming my way” - Louise Hay
The Best Place to See Northern Lights
Tromso, Norway
Lofoten, Norway
Kirkenes, Norway
Swedish Lapland
Reykjavik Iceland
Yukon Canada
Rovaniemi, Finnish Lapland
Ilulissat, Greenland
Fairbanks, Alaska
Murmansk Russia
After one week, Aurora Borealis was back but it fell on the weekend so tulog kami. But every weekday, I’m still checking the app and I’m praying that it will show up again so my son can also see it. Next time, kahit may class pa siya, palalabasin ko siya. Sayang yung experience. Hehehe!
“Don’t forget to look up.” 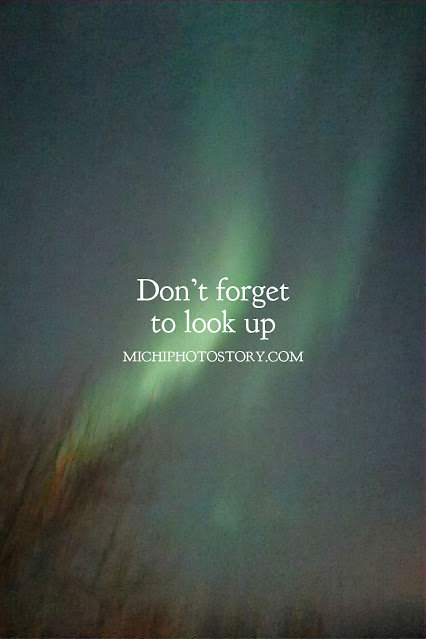