How to Cook Lechon Kawali

I’ve been trying to cook lechon kawali since last year but it took me few tries before I was satisfied with the result. The taste is good but I was looking for a crunchy skin that I was not getting when I baked it in the oven. 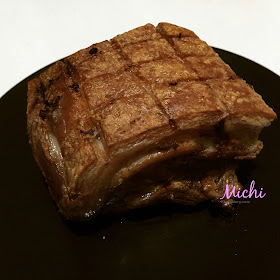 So last December, I tried to cook it using the turbo, and voila, it came out perfect; soft and tender inside and crunchy on top. I served it during our Christmas lunch and my in-laws liked it too so it is a confirmation that I cooked it right. Turbo oven lang pala ang need ko. Hehehe! 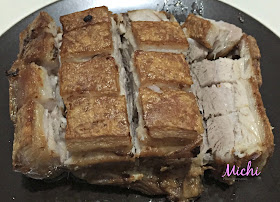 Cooking lechon kawali is so easy.

First I brine it (salt and water) for few hours. 1/4 cup of salt per 1 liter of water.
Boil for 40 minutes or more (depends on the size of the meat) with garlic, laurel leaf, and whole peppercorn.
Air dry for few minutes.
Make a few cut on top so it will be easy for you to slice it. Cook it in the turbo oven for 30 to 40 minutes at 200C
Update April 2021
Since 2016, I've been cooking lechon kawali in our turbo oven but it was broken after 2 or 3 years of use. I was contemplating if I will buy a new turbo oven but I ended up using our gas range oven to cook lechon kawali but I am not getting the same result so I seldom cook this at home. 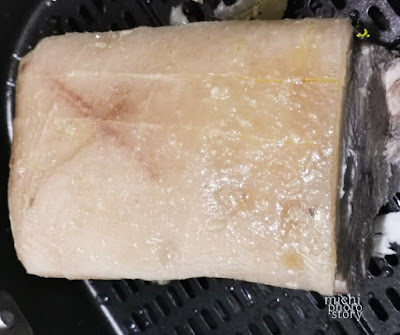 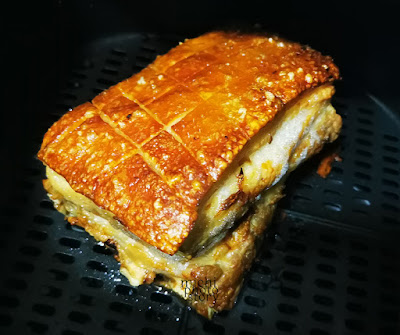 Fast forward to last week, we already invested in Philips Air Fryer HD9270 so I immediately cook my favorite Lechon Kawali and I'm so happy because finally, the skin of the lechon kawali is already crispy and I only cook this for 20 minutes (200C) so mas madali compared to turbo oven. I used the same recipe pero air fryer na gamit ko.
Michi
Share