Hubby was back from Bandung, the fourth populous city in Indonesia. He’s been to Bandung several times already but this was the first time that he did not travel by land. He used to fly to Jakarta and then travel to Bandung for 3-5 hours depending on the traffic. But during his last visit, he took the plane because he has an unused Manila-Singapore-Manila round trip ticket. If you've read my post, he canceled his Singapore trip last July when my sister-in-law was confined in the hospital.

Manila to Singapore via Philippine Airlines
Singapore to Bandung, Indonesia via Silkair

The only downside of his trip was the long layover in Changi Airport. Good thing that Singapore Airport has one of the best airports in the world so he has something to do while waiting. I will share on a separate post, the Things that You Can Do During a Layover at Changi Airport.

Travel time from Singapore to Bandung is less than two hours so matagal din. My husband prefers flying to Jakarta and land traveling to Bandung. He recently discovered that there is a train from Jakarta to Bandung and vice versa; the travel time is 3 hours.

Read: How to Get to Jakarta to Bandung via Train

My husband stayed at Mercure before but this time he stayed at Sheraton Bandung Hotel & Towers. It is a five-star hotel that is perfect for a family staycation, retreat, and even business traveler. It is thirty minutes away from Husein Sastranegara Airport and a few minutes away from the business district, shopping center and some tourist spots. 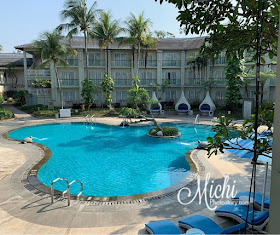 When my husband told me that he will stay at Sheraton, I immediately checked his hotel and I noticed some similarity to Saujana Hotel and Resort in Malaysia. Guests will love the scenery and the kids will enjoy feeding the rabbit and horseback riding activities. Aside from that, Bandung has cooler temperature throughout the year so parang Baguio lang na malamig pa rin kahit summer. 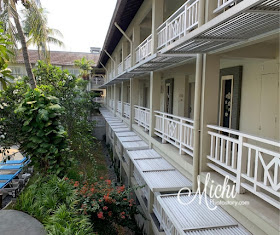 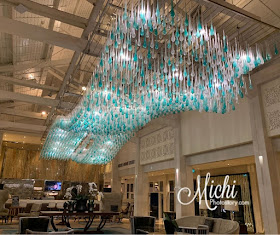 This is the Deluxe room, as expected the room is spacious, clean and pretty just like other Sheraton Hotels. This is the seventh Sheraton Hotels that my husband tried and this reminds me that I haven’t blogged about our Sheraton Manila Staycation. 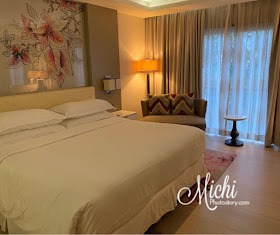 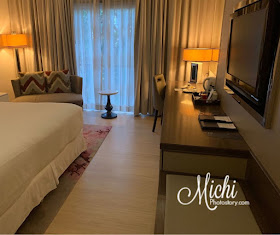 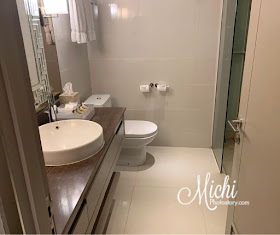 Sheraton knows how to spoil their loyal guests, when my husband entered the room, there are a notecard and welcome snacks waiting for him. 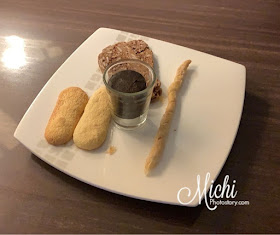 What I like in Sheraton Hotel is the feather bed and comfortable pillows and duvet na parang lagi mo gustong matulog. What I don’t like is, not all hotel rooms have a bathtub. Sheraton Bandung offers fitness center, outdoor pool, spa, restaurant, and lounge.

The room package includes buffet breakfast for two at Feast. According to my husband, the buffet spread is good and madami choices, you can eat local and international cuisine. 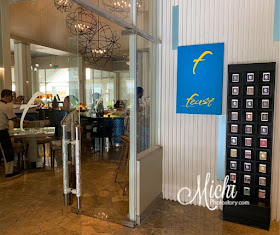 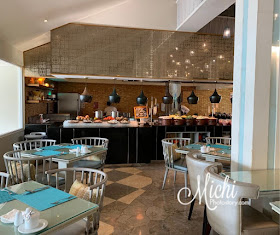 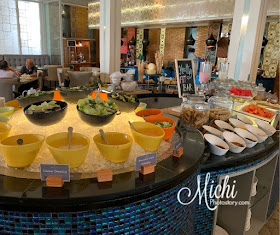 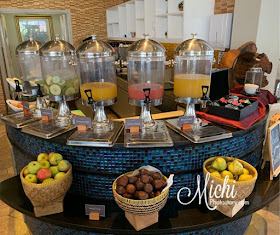 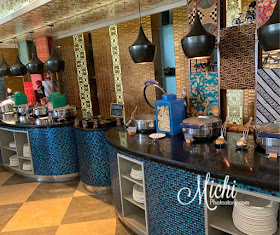 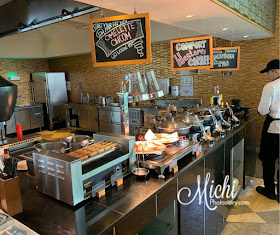 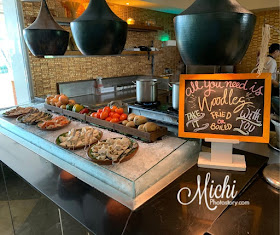 Overall, my husband had a good stay at Sheraton Bandung, you can always expect the usual Sheraton hospitality.

Last year, I mentioned that you can go to Bandung, Indonesia via car, plane, and train but just this month, my husband traveled to Bandung via train. He was back in Sheraton Bandung Hotel & Towers and this time, he was upgraded to a room with a pool view. They gave a complimentary dessert and a personal notecard. 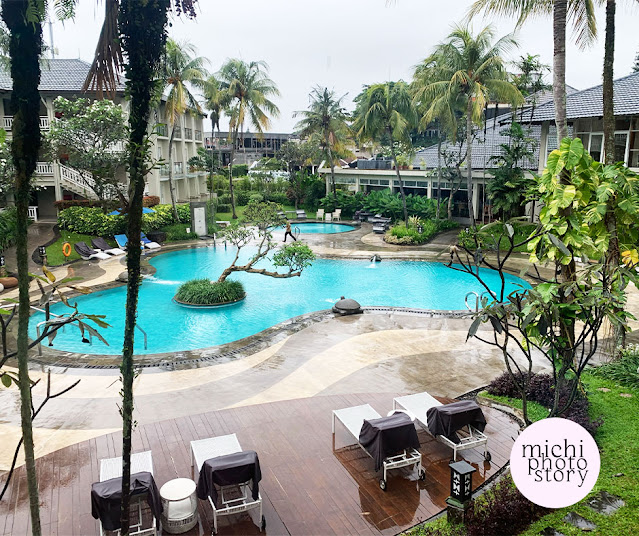 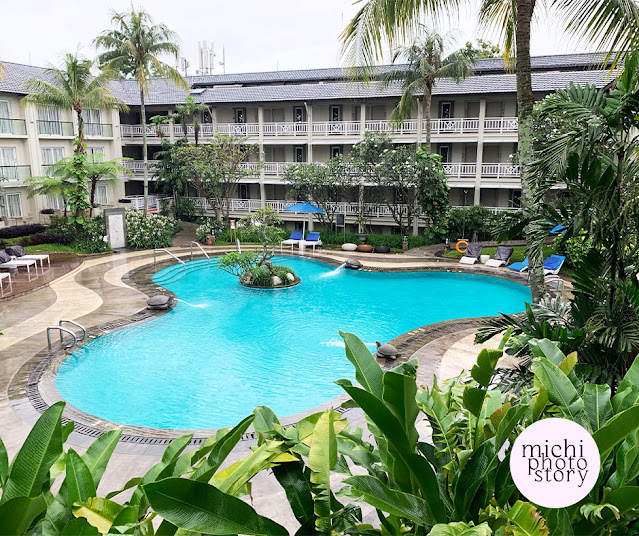 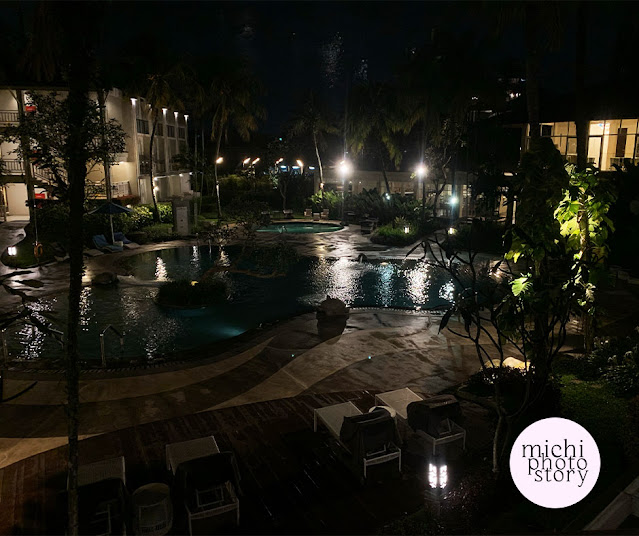 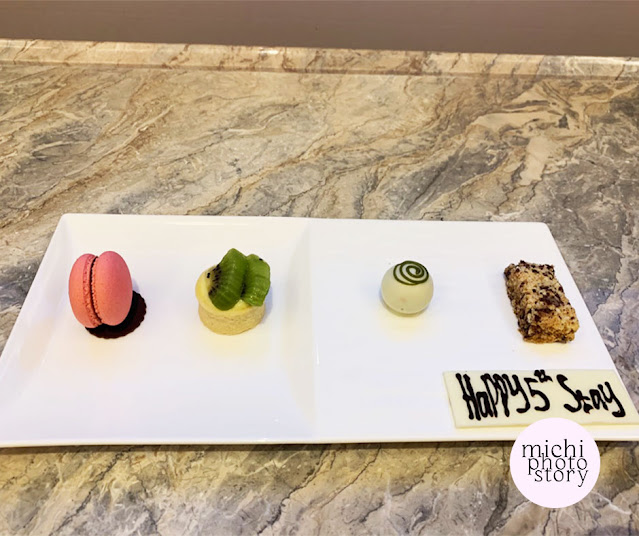