Iceland is one of my dream destination so I have a lot of places that I wanted to visit. Prior to our trip, I researched and read a lot for our itinerary but I was not able to use it. We did not book any tour for our Iceland Trip because my aunt (cousin of my mom) said that they will tour us so I just go with the flow. 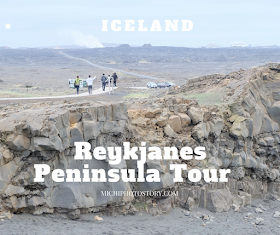 Reykjanes Peninsula Tour will give you a glimpse of UNESCO Global Geopark where you can see hot springs, lava fields, craters, cliffs, black sand and geothermal activities. If you will book a tour, you will visit the following places, the places may vary depending on the tour operators that you will choose.

In Reykjanes Peninsula alone, there are so many interesting places to visit but we were only visited few places. During our first day, after we ate in my aunt’s house, we went back to the airport to pick-up my uncle (he works at the airport) and then he drove us around Keflavik and Reykjanes. One thing I noticed, walang kapuno-puno o halaman sa area. Just like in Norway, walang traffic and ang daming open space.

Check my video here so you can have a Glimpse of Reykjanes Peninsula.

During our road trip, we were able to see the small church in Iceland in Strandakirkja. I just don’t have a picture since we did not stop there. But do you know the reason why there is a small church in that coast?


Once upon a time, there was a farmer who was in danger, he was about to crash into the rocks but he prayed to God and promised that if he would survive, he will build a church in that shore. An angel appeared and rescued him to the shore. As he promised, he built a church. There was a church in that area since 12th century, the one that we saw was a new version. 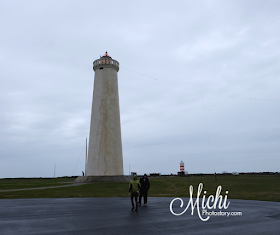 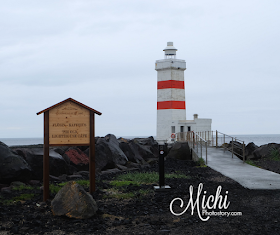 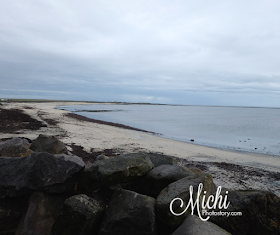 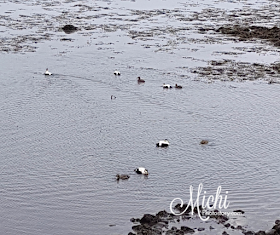 In 1944, they build another lighthouse which is just a few meters away from the small lighthouse. This is the highest lighthouse in Iceland. 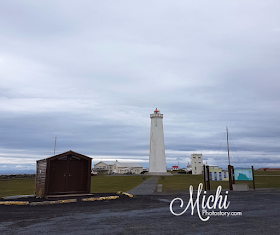 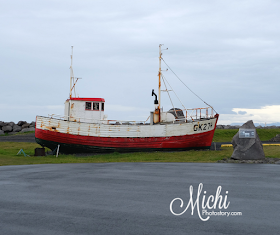 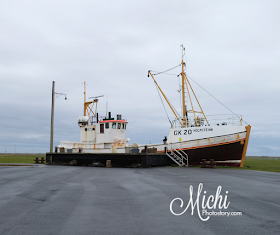 There are a lot of fishing boats here because Reykjanes is known for the fishing industry.

On the road, we noticed a lot of rock stones and we even saw this one. My son told me “Mommy, this is not Iceland, this is Rockland”. hehehe! Maybe, he was expecting that this country is full of ice but we found rocks. 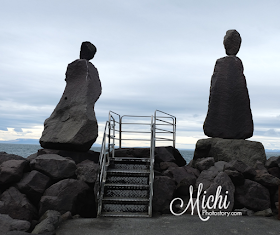 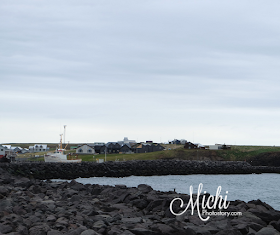 I don’t know the name of this place, but you can see the view of the city here and even volcano from afar. According to my aunt, they go here if there is snow, pwede magski. 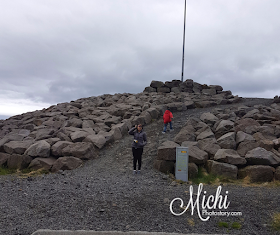 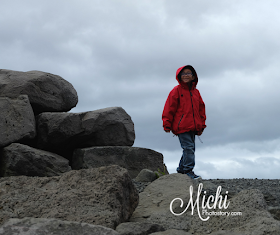 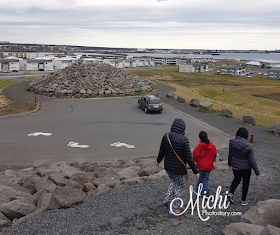 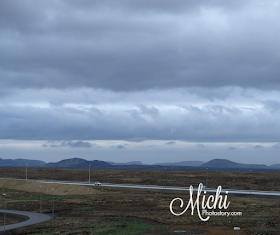 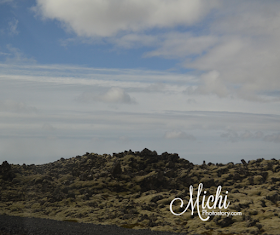 Reykjanes is known for lava fields so this is the reason why you don’t see a lot of trees or plants here. Mahirap mabuhay sa bato ang mga halaman di ba? Though I’ve seen few trees, bilang lang sa daliri. Most of the time, you will see moss around the area. 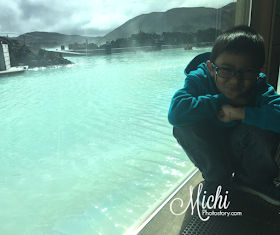 Blue Lagoon is the popular tourist spot in Iceland, it is one of the 25 wonders of the world. It is near the airport so if you want you can go here straight from the airport, just make sure that you already book your appointment. We went here during on our second day in Iceland. 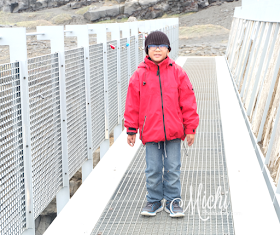