Kumori has been in the Philippines for around three years already and I’ve been seeing this in social media for quite some time now. I did not see this bakery when we went to Japan so hindi ko rin natry. Upon checking Kumori branches in the Philippines, wala na naman malapit sa amin. Waah! Few months ago, I saw Kumori in Festival Mall, under construction pa nga lang.

Last weekend, we were in Festival Mall and I’ve read the tarpaulin “Kumori is now Baking” so I told my husband that I will go there after my check-up. I forgot about it, good thing my husband reminded me nung palabas na kami sa mall so kahit malayo lakad, off we went to Kumori. It is near Decathlon. Finally, I was able to try their products. 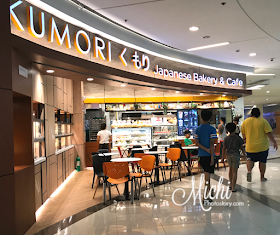 The Kumori branch is small but this is better because they have tables and chairs unlike other branches parang kiosk lang yata. Since this was my first time, I ordered their signature products such as Signature Hanjuku Cheese P49/pc, Signature Cheese Tart P60/pc, and Japanese Cheese Loaf P160. The price is not cheap considering of the size so I was hoping that it is worth it. I’ve read that majority of their ingredients are imported from Japan, cheeses are from New Zealand and France so maybe that is the reason why. 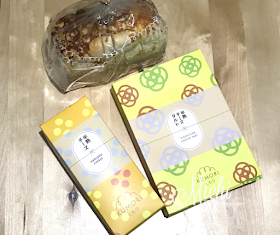 When we went home, we tried first the Signature Cheese Tart. It has a combination of texture, soft cheese filling, and flaky and sweet crust. It is like eating mini cheesecake, my son doesn’t like this so my husband and I were very happy to eat everything. 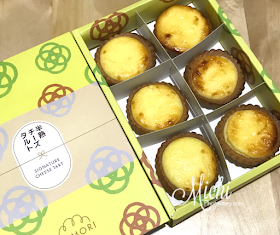 The following day, I served the Japanese Cheese Loaf, I liked this bread because it is soft and it has a big chunk of cheese on each slice so you can eat this kahit walang palaman. They don’t use any preservatives so you need to consume everything within few days. But it is not a problem to us, masarap kasi so mabilis maubos. lol 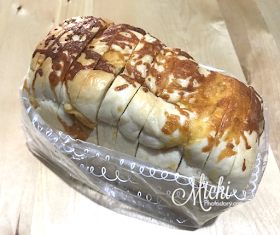 And lastly, we tried the Signature Hanjuku Cheesecake. I’ve tried Japanese Cheesecake before so I thought they are just the same but I was wrong. The Hanjuku Cheesecake is so small, malaki pa calling card. Hehehe! Each slice is carefully wrapped, this cheesecake is half-baked and made with premium cheese. It is soft, light, and velvety. Every bite melts in your mouth. This time, my son likes it so nabitin kami at may kashare na kami. Hehehe! 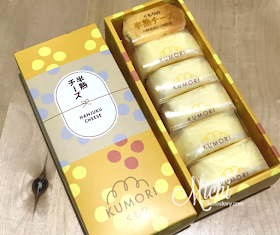 Kumo means cloud or cloudy in Japanese. Kumori lives up to its name because its products are like a bite into clouds. Everything that we ate is soft, light, and fluffy. So I was happy that even it is expensive, it gives delight to our taste buds. 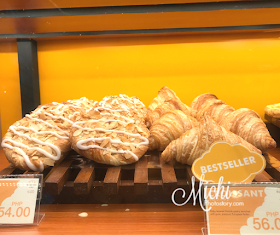 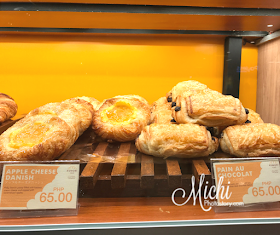 For Senior Citizen and PWD, there is maximum limit of P200 for the discount. We know that discount is for personal consumption lang, but nabababaan ako kasi kulang pa nga sa akin yung 6 pcs. hahaha

It took me a long time to buy Kumori products again, this time I bought 6pcs of Signature Hanjuku Cheesecake and 6 pcs of Fuwari Cheese Cup P355 (P60 per piece). On our way home, we were already eating the Hanjuku Cheesecake, hindi na nakayanan ang temptation at kinain na namin agad. Then for dinner, we tried the Fuwari Cheese Cup. When my son saw the box, he said "Oh, I won't eat that"

But when I opened the box, my son changed his mind and immediately grabbed a cup. I said, "Akala ko ba ayaw mo?"

Ethan: I will try it first. 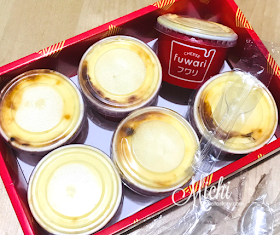 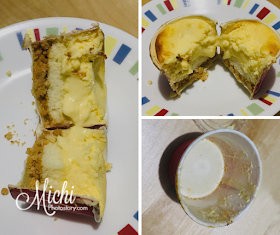 Care to share your favorites so I can try it next time.

Kumori SM Sta Rosa branch is now open, I'm so glad that there is now a branch here in Laguna province. Of course, we bought our favorites which are Fuwari Cheese Cup and Hanjuku Cheesecake. 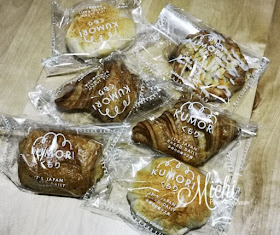 Ever since we tried Kumori products, they became our favorites. Although we don’t always buy this because it is not cheap. But if we crave for it, we will definitely buy it. Since March, because of the community quarantine, my husband has been working from home so he rarely goes to his office and he only goes out if he needs to like going to the supermarket, wet market, or bank errands.

And because of this, we miss dining and taking out food so if he has a chance to visit a mall, he will always buy pasalubong like cakes, cinnamon bread, Kumori, and other pastries. Just this month, my husband went to his office and he bought pasalubong from Kumori. He bought 6 pcs of Fuwari Cup (P355), 6 pcs of Hanjuku Cheese (P300), 3 pcs of Hanjuku Ube and 3 pcs of Hanjuku Chocolate (P300). Since they have the same price, you can mix the flavors of the Hanjuku. 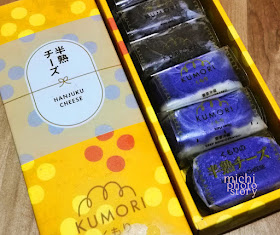 We always buy the Hanjuku Cheese so it was our first time to try the ube flavor and chocolate, and the verdict? The Hanjuku Ube has a slight flavor of ube but we can’t really differentiate it from the cheese. The Hanjuku Chocolate, we can’t taste the cheese na, parang cocoa na yung kinakain namin, hehehe! But my son likes the chocolate flavor but moving forwards, we will just order the cheese.
Update: June 2021